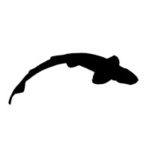 So long, and thanks for all the Fish!